I finally bottled the weisbier. Only a week late, but it was on National Homebrew Day. Plus, it might have even needed the extra time with such a high original gravity.

I used about the same process as when I  bottled Kuyken’s Coffee Stout. I did lay a lot more towels on the floor as you’ll see below.

Sometimes getting the hose on things is a real pain in the ass.

The reason I’m now calling this an Imperial Weisbier is that when I read the Final Gravity, it was 1014. It’s a good final gravity, but if I read the refractometer correctly after brewing (and the hydrometer read ever higher than that), the original gravity was 1081. That’s an alcohol by volume of about 9%. The mostly alcoholic beer I’ve ever brewed. It was suppose to be a refreshing summer beer with an ABV of about 5%, but oh well, that’s homebrewing for you. Of course, I could have misread the original gravity. We’ll just have to see how it drinks. If its overpowering, I’ll just have to brew it again. What a shame.

I had a real mess to clean up in here.

I siphoned it into the bucket. I remembered to make the priming sugar solution early this time, so that it had plenty of time to cool off before mixing it into the beer. If you remember my last bottling experience, I forgot to make it until I had started siphoning the beer into the bottling bucket. Kind of a time set back there.

This was a pain to clean. I had to get out the hose.

The yeast left a pretty nice ring around the bucket. It did its job well. The beer itself tasted great. So far, this is my favorite pre-carbonated beer. It really tasted like clove and bananas. More clove to me, and more banana to Amy (because she hates banana).

Strategic use of towels will save you a big cleanup.

With Amy capping (and taking pictures), and me filling, the job went pretty quick. With a double layer of towels down, all the spilled beer was easily cleaned up. In about two weeks the beer will be ready for drinking.

I think it’s high time for a brew session. It’s been months since my last one. With summer coming up, it might just be time to try my first wheat beer. It is a rather difficult beer to brew when brewing all grain, but as an extract brewer it is straightforward. The complicated part of making a wheat beer is the mash. Unlike barley, wheat tends to get sticky and gummy when wet. It is great for making bread, and if’ you’ve ever made bread you’ll know what I’m talking about. It’s the reason wheat is traditionally used for bread and barley is traditionally used for beer. Since it should be simple, it’s also a great beer as an introduction for brewing. I based this beer on one from my Radical Brewing book by Randy Mosher.

The recipe I came up with is the following:

Since in a wheat beer, the hops kind of take a back seat, I’ve gone to my refrigerator to see what I have at hand. Right now I have Nugget, Cascade and Northern Brewer. I don’t want to use Cascade, as that will impart a particularly American flair to a beer that I’m trying to do in a Bavarian style. This leaves me with Northern Brewer and Nugget, which are both bittering hops. I’ll probably use Northern brewer since I may want to save the higher Alpha Acid Nuggets to use on other beers with more of bitterness to them. I might finish with Tettnang if the Brew store has them as this is a traditional hop to use in a weiss beer like this.

Beer Smith tells me that this recipe will have the following attributes:

Beer Smith claims that some of these are slightly outside the normal range of a Weiss Beer, but who cares? What matters is that it tastes good. Mosher tends to not let BJCP style guidelines worry him. He is the radical brewer after all.  I also always seem to get slight differences from what the Radical Brewing book claims I’ll get and what Beersmith Claims I’ll get. This happened for my Coffee Stout as well, and my own measurements of gravity where closer to what the Radical Brewing book said I would get.

I’m going to try to head to my local Brew and Grow this Saturday and hopefully brew up the beer on Sunday. 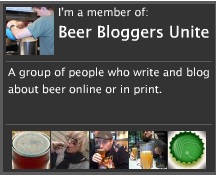